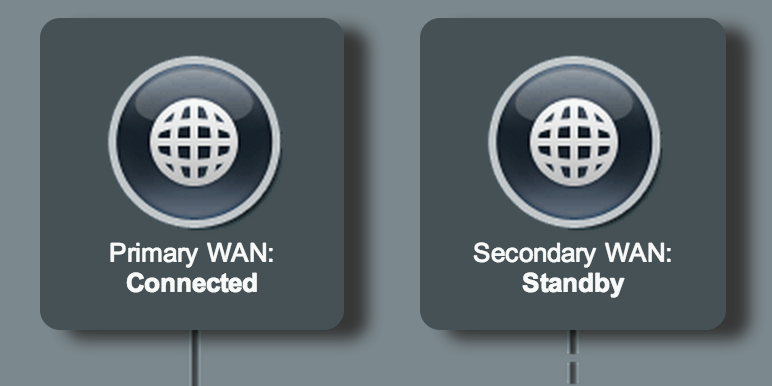 I’ve been asked how to check if both WANs are working on fail-over dual WAN linux box because from time to time when the fail-over triggers backup WAN was not working and nobody knew it.
So, the mission here is to create a way to get Zabbix checking on it and report on failure.

I’ve created two extra routing tables: wan1 and wan2. They just have a default route to each wan.

To get it reconfigured after reboots I’ve used post-up on interfaces file.

The magic happens here. At iptables mangle table I’ve marked all packets from users testwan1 and testwan2 with their matching CONNMARK.

To get this information always available to Zabbix, two probe scripts have been created and executed by each user crontab every 5min.

Now, Zabbix can be configured to check files /tmp/public-ip.wan1 and /tmp/public-ip.wan2 and do whatever needed.
This implementation can be enhanced to don’t use crontab in favor of setuid on probe scripts and to do not generate output files.